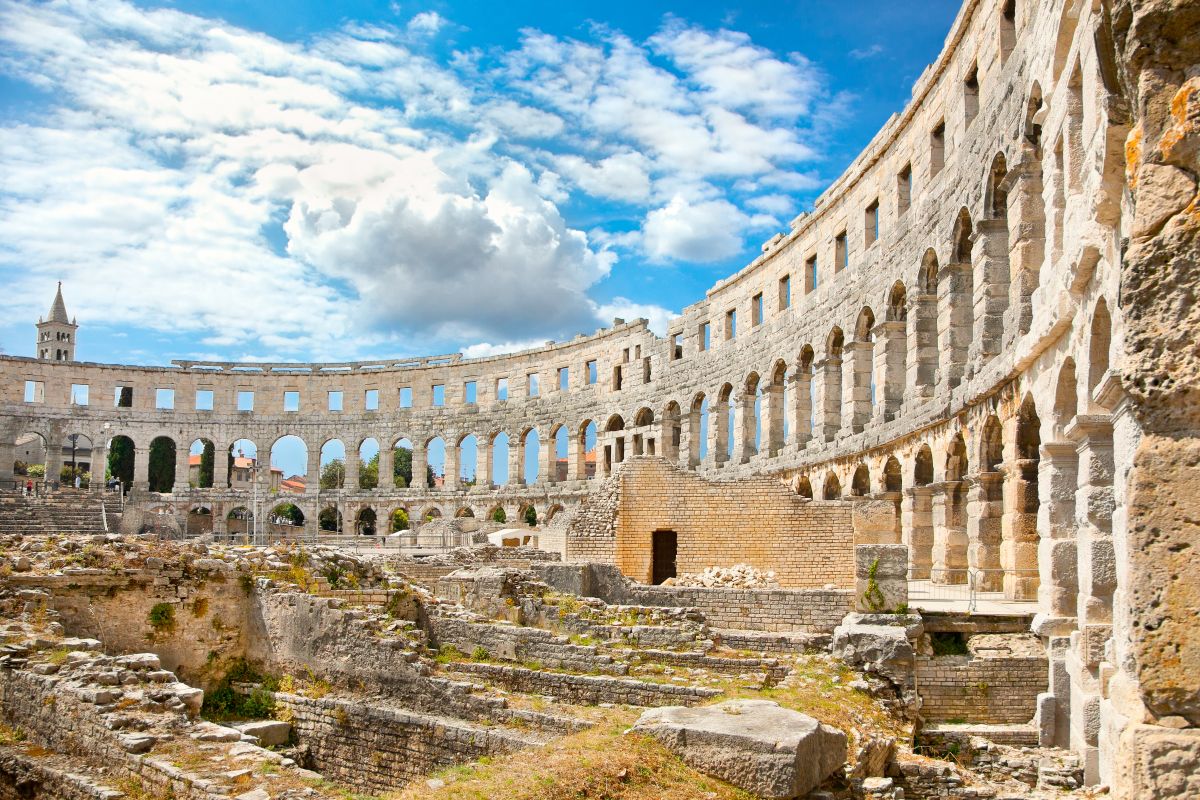 The culture of Croatia has roots in a long history and so you find in the country cultural and historical monuments from all periods of the past.Continental Croatia is influenced by Central Europe from the late Middle Ages to the Baroque era, what can be seen in the many cultural monuments and the special architecture. The Diocletian’s Palace is a palace shaped like a trapeze and occupies the whole area of the core of the city of Split which is 28.900 m2. The Roman emperor Gaius Valerius Aurelius Diocletanus started in 295 a. C. with the building of the palace in the Brnistra Bay on the Dalmatian coast. After abdication in 305 a. C. the ruler retired, left Nikomedia and settled himself in the palace to spend there the rest of his life. After his death the palace stayed under the power of the tsar. In the 7th century when the inhabitants around Salona hid in the palace because of unset’s from Avara and Slavens, they started to transform the palace. Dubrovnik is a really beautiful historical town founded in the 7th century and situated in the south of Croatia. Its roots reach back till the Antique era.

From the 14th till the 19th century it was the only marine city and a free Croatian State. Its biggest bloom was in the 15th and 16th century, therefore also referred to as the “Golden era of Dubrovnik”.The cathedral of St. Jakob is raised on the southern side of the city’s main square in Šibenik, on the place of the Roman church St. Jakob. The construction started in 1431 and in the first decade were built the southern and northern wall, the lower, gothic part of the façade as well as both church portals. The city Trogir, situated 20 km on the west of Split, is one of the oldest towns on the eastern Adriatic coast and was founded by Greek colonists from Vis in the 3rd century. Its historical center is situated on the small island occupied since prehistoric times and located in a channel between the coast and the island Čiovo, therefore also often called “Small Venice” or “City Museum”.

Our company is based on the satisfaction of all the users we give the best results on the overall range, our primary aim is the satisfaction of our lorries. a team of adventurous and professional spirits seeking discoveries in addition to existing and new destinations.