Here in Croatia, we are blessed with 8 National Parks. Each offering something magical and beautiful. The eight National Parks of Croatia cover 7.5% of the country or 994 sq km. Visiting all of the Croatian National Parks gives a breathtaking array of scenery from forested islands to craggy mountaintops, waterfalls, lakes and sun-baked islands in the sea. They provide ideal vacation experiences for active travellers as there seems to be nothing you can’t do. Try scuba diving, rock climbing, hiking,biking, swimming and spelunking! Admission prices are generally reasonable for the National Parks although they have been climbing steadily the last few years. Generally, it’s cheaper to visit in spring or autumn as some parks increase their prices in the summer.

Geologically speaking, many of Croatia’s National Parkslie on karst. Karst is highly porous limestone and dolomitic rock through which water seeps to create underground streams. The terrain is marked by fissures, caves and springs as well as polje, a basin formed when the limestone collapses.The most famous National Park in Croatia is, obviously, Plitvice lakes, which are a must see site for every visitor in Croatia. If you travel by car to any region in Croatia, you will be able to visit at least some of the National Parks in Croatia.

In case you didn’t know, Croatia has 8 national parks: National Park Plitvice lakes, islands Kornati, Mljet island, krka falls, Brijuni islands, Paklenica and the mountain chain of the Northern Velebit! Adriatic coast is rich with national parks because of which puts it on top of world beauties. Take a look at everything Croatian natural beauties and national parks have to offer.

The Krka National Park is the seventh national park in Croatia, well known for its many lakes and waterfalls. The park is named after the Krka River, which flows through the Park. Krka National Park is located in central Dalmatia, only a few kilometres from the city of Šibenik. The park encompasses an area along the river Krka that from its spring at the foothills of the Dinara Mountain flows through a 75 km long canyon into the Gulf of Šibenik and Adriatic Sea. The park stretches over 142 square kilometres, of which 25.6 square kilometres is a water surface. The Krka River has seven waterfalls, the most famous of which is Skradinski Buk and it is the biggest travertine waterfall of in Europe.

The beauty of the Krka lies in its karst phenomenon. We recommend you to visit it in spring and summer because in that time the park is full of splendour and you can even refresh yourself in a crystal clear water. In 1985, the park was proclaimed a protective area and a national park. On the Krka River, or more precisely, under the Skradinski Buk Waterfall, Jaruga Hydropower Plant was built and is the second oldest hydropower plant in the world, commissioned immediately after the Niagara Hydroelectric Power Station. 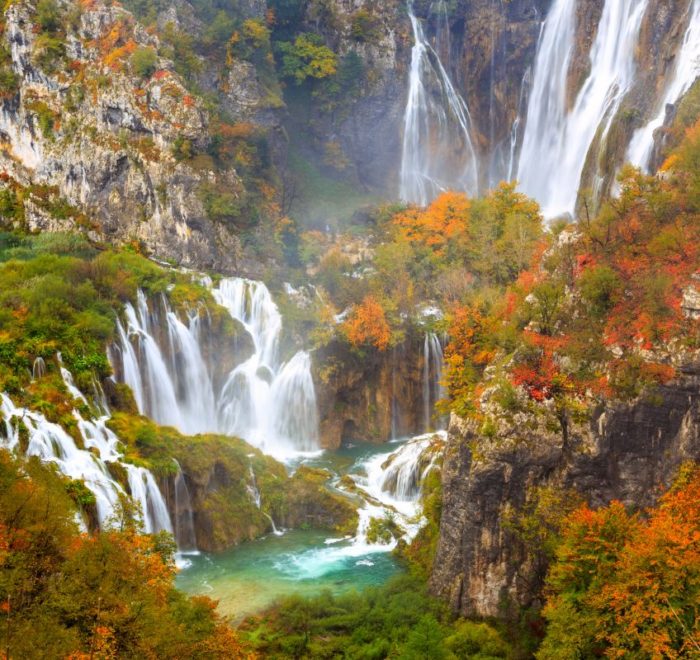 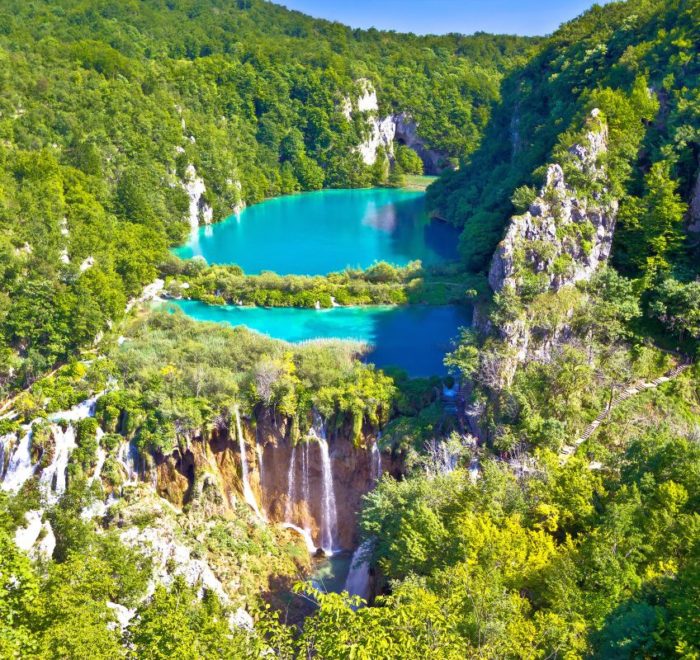 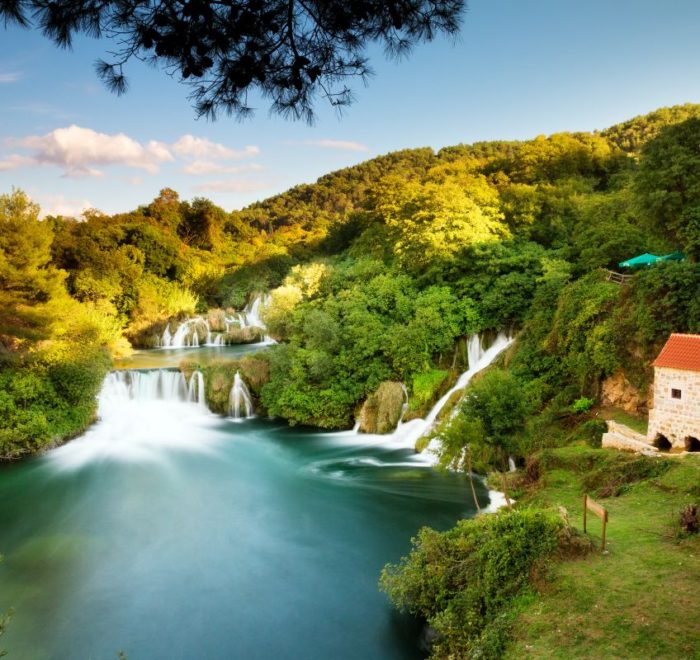 We offer excursions to Krka National Park with departure from Split or another arranged location. The excursion starts in the morning, by a pleasant ride along the Adriatic Coast, passing by cities of Trogir and Primošten with stopping in Šibenik.

Šibenik is a place of historical significance and is over a thousand years old. One of its most important sights is St. James’s Cathedral, listed on UNESCO’s list of protected monuments since 2001. After sightseeing, we continue our drive to the Krka Waterfalls, where you will enjoy the guided walk through the park, through the pristine nature of the Krka National Park.